Not Another Nuclear Arms Race 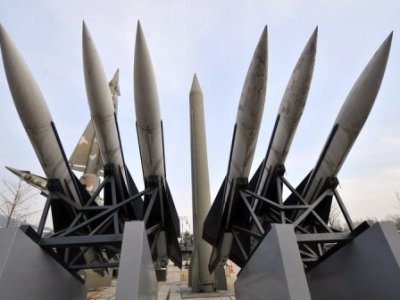 In response to media inquiries, Hua Chunying, a spokesperson for China’s Foreign Ministry said, “China’s policy on arms control is consistent. We believe that the country that possesses the biggest nuclear arsenal has special, prior responsibility and should further reduce nuclear arsenal drastically. China has always followed the principle of no-first-use of a nuclear weapon,” she said. “We pursue a very responsible and restrained policy.”

The potential for escalation, however, was apparent even last year. In 2019, Caitlin Talmadge of the Brookings Institute, wrote, “For decades, nuclear weapons have been largely peripheral to U.S.-China relations, but the nuclear relationship is now growing more competitive as both countries pursue major programs to modernize their forces.”

Also last year, Lt. Gen. Robert Ashley, the director of the U.S. Defense Intelligence Agency said during a speech, “Over the next decade, China is likely to at least double the size of its nuclear stockpile in the course of implementing the most rapid expansion and diversification of its nuclear arsenal in China’s history.”

There are a number of factors creating an alarming scenario as tension rise among US rivals:

2) The US engages in an aggressive, confrontational foreign policy that Foreign Policy magazine describes as “lacking coherent objectives and a strategy for achieving them;”

4) The US withdrew from the Intermediate-Range Nuclear Forces (INF) treaty in 2019, paving the way for unrestrained development of  nuclear missiles;

5) The Trump administration prefers no agreement to an international agreement that doesn’t place “America First.” For example, the US dismantled the Iranian nuclear agreement, which capped and delayed Iran’s nuclear ambitions, because President Trump said it was a bad deal. Iran has since restarted its nuclear weapons program;

6) The US wants to make China part of the New START treaty (which restricts the number of strategic nuclear weapons and delivery systems of each signatory), set to expire in 2021, as a way to dismantle the agreement. “So far, the Trump Administration does not appear to have a plan or the capacity to negotiate a more far-reaching deal, which would likely take years. Which suggests that the real goal of this gambit is to run out the clock on New START,” Time magazine wrote in 2019;

7) The US announced on May 15th the manufacture of a new hypersonic nuclear-capable missile to compete with similar developments by Russia and China;

8) Lastly, the recent modernization of China’s conventional and nuclear capabilities is part of a cycle of intensifying competition among the US, China, and Russia.

When the US and Russia signed the New Start treaty in 2012, it left several loopholes regarding the construction of nuclear weapons. New Start never addressed air-launched strategic nuclear ballistic missiles, air or ship-launched cruise missiles, non-strategic (generally less explosive power) weapons, or intercontinental cruise missiles. As the US and Russia raced to exploit these gaps, they caused a profound change in the global nuclear arms race rather than a stop.

In 2018, former Defense Secretary William Perry described the change for Time Magazine. “It’s different in nature than the one during the Cold War, which focused on quantity and two superpowers producing absurd numbers of weapons. Today it is focused on quality and involves several nations instead of just two. The risk for nuclear conflict today is higher than it was during the Cold War.” A risk made all the more distressing by the factors outlined above, less experienced diplomats available, less interest in using them, more capacity for war, a more aggressive posture without the competence to mitigate missteps, in an environment of hyper-competition.

In order to reverse the continuing nuclear arms race, Gregory Kulacki, China Project Manager for the Union of Concerned Scientists and experts on cross-cultural communication between the United States and China wrote two essential steps for confronting nuclear proliferation.

First, Mr. Kulacki recommends using multilateral, not bi- or trilateral, negotiations. Countries with smaller nuclear arsenals, like China, “see international agreements negotiated in the United Nations, such as the Nuclear Non-Proliferation Treaty, and the Comprehensive Test Ban Treaty, as more inclusive and equitable.”

Next, Mr. Kulacki urges all parties to accept mutual vulnerability, i.e. the idea that no one wins a nuclear war. The US refusal to acknowledge its vulnerability to nuclear retaliation signals a desire to seek invulnerability or a continued escalation. Thus, the US mistrust of China’s No First Strike policy actually perpetuates the arms race.

It’s interesting that those two principles, multiparty negotiations, and mutual vulnerability, could just as easily apply to reducing tension in the South China Sea or even fighting the pandemic. To use them effectively, however, will require the courage and confidence of a global super-power.

Research Slider What to Watch

May 5, 2021 Adam Ragozzino
Slider What to Watch