COVID-19 Cases in Massachusetts Are About To Spike: Here’s Why 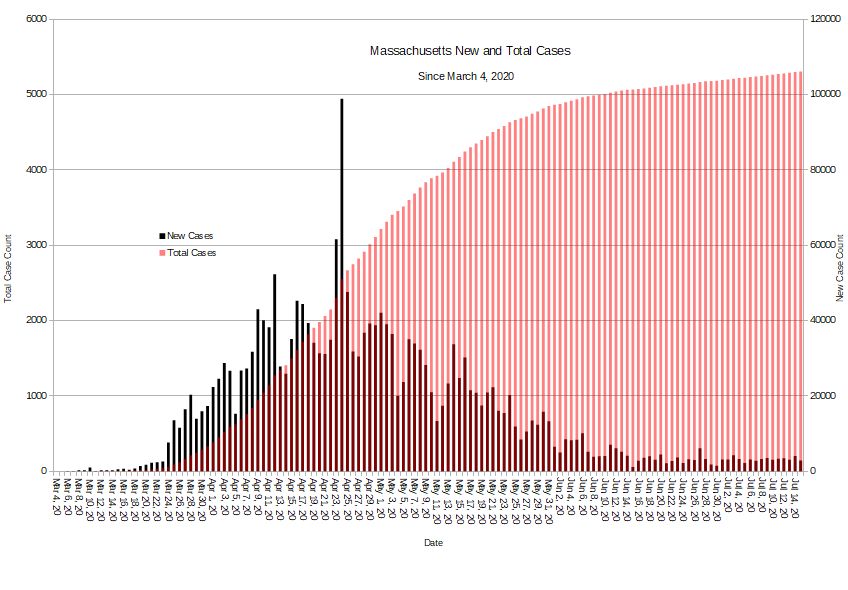 Figure 1: New and Total Confirmed Cases in Massachusetts Since March 4, 2020

The Pandemic So Far

Massachusetts has made great strides in combating the virus since the first case showed up in the state in February. Since then, Bay State residents have sacrificed their economy and their sanity; they stayed home for eight weeks, avoided crowds, wore masks, and kept their distance from each other. Thanks to those efforts, the current seven-day average number of new confirmed cases (160) is down 93% from a seven-day average centered around April 24th (i.e., from the 21st to the 27th), when the state added almost 5000 new confirmed cases in one day. Bay Staters earned their freedom from quarantine. But, the virus is not beaten yet and our progress teeters at the edge of forward and failure.

In figure 1 (above), new confirmed cases, the black bars, peaked around April 24th then gradually declined but, they didn’t disappear. In fact, the number of new cases in the state has reached a plateau. Over the past two weeks, Massachusetts continued to add, on average, 154 new cases per day. Those are only the confirmed cases. When you add in the probable cases, the average is 256 new cases per day. As expected, the persistent caseload is reflected in the total case curve in figure 1 (the pink bars). The curve continues upward rather than flattening out. Figure 2 (below) provides a clearer picture of new and probable case trends over the last month and a half. The number of new cases is no longer trending down. In fact, since July 5th, new cases have been trending upwards. This is important for four reasons. 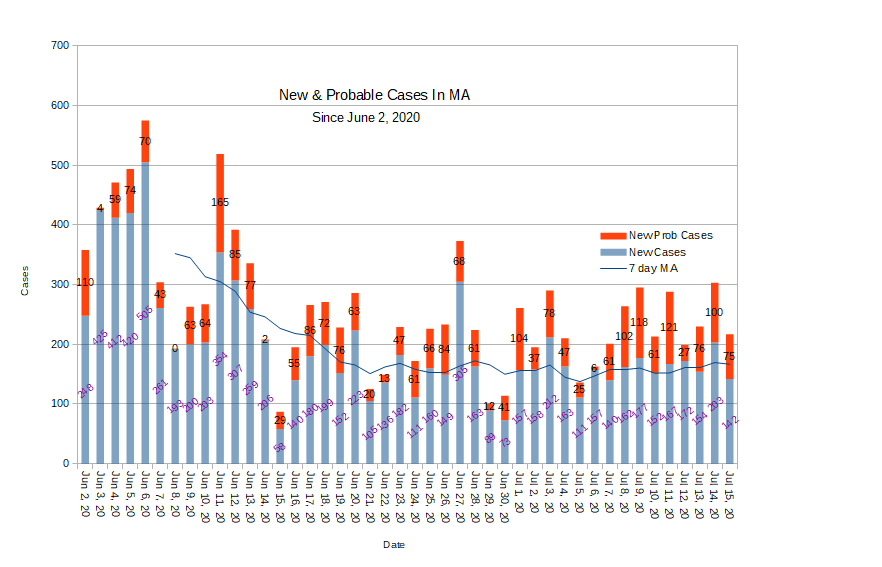 Figure 2: New and Probable Cases in Massachusetts Since June 2, 2020

The 4th of July Holiday

First, we are two-weeks out from July 2nd, the start of the long weekend. In Massachusetts, that means trips to the Cape, days at the beach, and get-togethers around a grill. In the next few days, we’ll know if the holiday caused a spike in new cases. The phased reopening is dependent on continued progress. But our progress stalled around June 20 (table 2) when the 7-day moving average (the blue line) flattened out. The continued rise in cases could set us back to phase two and seriously impact small businesses, not to mention that hard-earned freedom from quarantine.

Second, Massachusetts has reached phase three of its four-phase reopening plan. This phase allows bars, restaurants, gyms, and all other businesses except nightclubs and other large-crowd venues to reopen with restrictions (e.g. reduced capacity, face coverings, and spacing requirements). As research has shown and Florida, Texas, and Arizona have experienced, these businesses all have higher risks associated with them due to closed air systems and close personal contact. So, it is essential that these businesses enforce the guidelines. They should even be extremely motivated to do so since a return to phase two would hurt them the most.

Third, public health experts recently acknowledged what many have feared, the virus is airborne. Now that doesn’t mean the virus is infecting entire cities as it wafts down crowded avenues. It means small droplets containing virus particles can hang in the air and travel distances of several yards and even tens of yards, depending on the environment. Again, closed ventilation systems combined with close personal interactions (bars, restaurants, gyms) are perfect for spreading the virus in this way. In these situations, the current guidelines of maintaining six feet, or even the fourteen feet necessary in gyms, may not be enough without a face covering.

The last issue relates to our understanding of how people transmit the virus—not everyone spreads the virus in the same way. There are people that don’t spread the virus—mostly because of their behavior rather than their genetics—and there are people that are superspreaders. These people make up 10%–20% of the population but account for 80% of virus transmissions. Researchers aren’t sure exactly why super spreaders are more contagious. It may be a combination of an individual’s immune response and behavior. But, according to Sumathi Reddy at the WSJ, the trend has been observed since the early 1900’s when Typhoid Mary infected dozens without ever showing symptoms. COVID-19 is similar. Research shows people are “most infectious when symptoms are mildest or not present.” Essentially, you could have COVID-19, you could be a super spreader, be infectious but, never know it. The good news is wearing a mask does a better job of reducing transmission at the source (people with the virus) rather than at the target (people at risk). That mask could be protecting your family, friends, the economy, and most of all your own personal freedoms and you would never even know it.

What This Means For Massachusetts

Many countries and states have fought outbreaks with lock downs, which have managed to draw down Covid-19’s reproductive number. But as governments move toward reopening, they shouldn’t get complacent and forget the virus’s potential for superspreading. You can really go from thinking you’ve got things under control to having an out-of-control outbreak in a matter of a week. (Source: Dr. Lloyd-Smith to the NY Times)

These four factors are significant because each one by itself increases person-to-person interactions. All four together, along with the state’s ongoing addition of hundreds of new cases each day, necessitates strict adherence to the guidelines for face coverings, social distancing, and hygiene if Massachusetts is to remain open. Yet, from my own anecdotal observations, not everyone is as vigilant as they should be. For example, I noticed many people at the gym not wearing masks. The one man I spoke to said he thought if he kept six-feet from other members he didn’t need to wear a mask. Not true. According to the State’s website, gym patrons need to keep six-feet away from each other AND wear a mask. Admittedly, the guidelines allow gym members to remove masks if they maintain 14 feet from each other. However, as the research on airborne transmission shows, this distance may not be enough. The lack of vigilance combined with the four previously discussed factors creates the perfect opportunity for “flare-ups.” California is the perfect cautionary tale. Governor Gavin Newsom thought he had conquered the virus back in May and began moving into phase three of reopening. What California missed, however, was the reproductive rate or Rt. It shows “ how easily and how often illness is spreading.” At the time of California’s reopening, the Rt number was 1.04 (anything above one means the virus is spreading) and positive case counts were ticking upwards, see figure 3. The California governor announced on Monday (July 13) the state was once again on lockdown. Mariel Garza for the L.A. Times quipped, “[Californians] have no one to blame but [them]selves.”

Right now, Massachusetts has an Rt of 1.05 and positive cases are also ticking upwards, see figure 3. As Dr. David Rubin of Policy Lab cautioned the Daily Beast, if your waiting for the visual cue that tells you something is wrong, it’s already too late. “It’s like waiting for the stock market to crash before selling your stock,” Dr. Rubin told the Daily Beast. 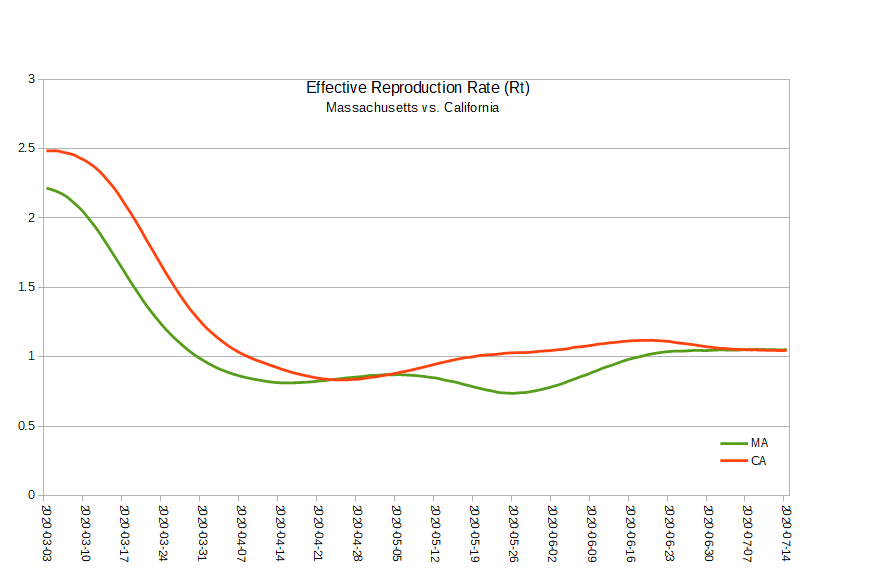 Massachusetts residents worked hard to get this far. It would be shameful to close businesses again, or worse, risk another lockdown because of the politics around masks. The economist Paul Krugman said it succinctly to the New York Times, masks are “a cheap, effective way to fight contagion.” The political left isn’t the only one promoting masks. Fox News reported republicans Mitch McConnell, Kevin McCarthy, Chuck Grassley, and Dick Cheney also support wearing masks. Even the President seems to have come around to reality, “I’m all for masks. I think masks are good,” he told the Fox Business Network earlier this month just before he was seen actually wearing one to the Walter Reed Army Hospital this past Sunday.

The virus should be taken seriously for other reasons as well. First, elderly people and people with preexisting conditions are the ones dying from this disease. Many young people live with older parents, grandparents, or have friends or family members that are immunocompromised. Our choices now have a direct effect on them. It’s not just fear of dying either. SARS-CoV-2 puts people in the hospital at 20 times the rate of the regular flu, including younger people. Moreover, there’s some evidence to suggest the effects of COVID-19 may last after recovery, even for people with mild symptoms. Wearing masks in public and following the guidelines helps protect these people. But if altruism isn’t appealing enough, do it because you want to keep going to the gym, dining out, and keeping life “normal.” Do it so Massachusetts doesn’t become the next California.

This disease can be stopped. Countries less wealthy than the United States did it. Vietnam, with only a fraction of the GDP per capita of the US, had only 381 total cases and zero deaths. But, it requires all of us to work together. Here’s Governor Baker’s take on the issue:

This effort will hinge, fundamentally, on personal responsibility. As everyone knows, we’re not helpless in this fight. We all have roles to play. And you have proven time and time again that you can play them. 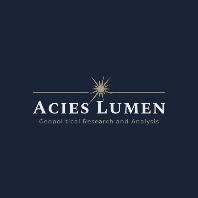