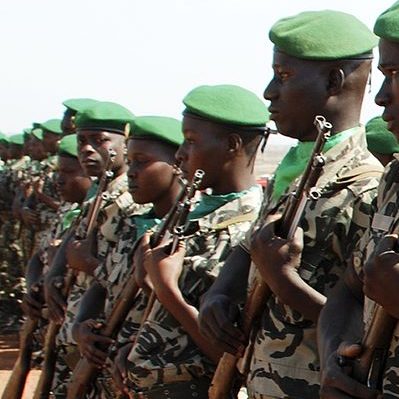 On Tuesday, Aug. 18th, Malian military forces surrounded the residence in Bamako where President Ibrahim Boubacar Keita (IBK) and Prime Minister Boubou Cisse were housed. The soldiers fired their weapons, not necessarily at anyone, until the President and the PM surrendered. Unconfirmed reports indicate four soldiers died and 15 people were injured. The soldiers were led by Colonel Assimi Goita and a new organization calling itself the Comité National pour le Salut du Peuple (National Committee for the Salvation of the People, CNSP). Within hours, the president announced his resignation and the dissolution of the National Assembly on the Malian national station ORTM (Office De la Radiodiffusion Télévision du Mali), claiming, “I don’t want any blood to be shed to keep me in my position.” Not long after the president’s address, Colonel-Major Ismaël Wagué, spokesman for the CNSP, broadcast on the same station to assure Malians that the group is committed to a peaceful transfer of power through a general election to be held soon.

Al Jazeera reported, “countries in West Africa, along with former colonial power France, the European Union, and the African Union, denounced the actions of the soldiers and warned against any unconstitutional change of power.”

“We are not holding on to power but we are holding on to the stability of the country,” said Colonel-Major Ismaël Wagué, spokesman for the CNSP, during his live broadcast.

The M5-RFP (Mouvement du 5 Juin – Rassemblement des Forces Patriotiques) opposition group, which has been the driving force behind months of mass protests calling for Keita to resign, on Wednesday said in a statement via Reuters, “it had taken note of CNSP’s commitment to the transferal of power via the ballot box and would work with the group to achieve this.”

The coup comes at a difficult time for Mali. The north and central regions of the country are essentially run by Salafi-jihadists groups and local militia coalitions. The confusion from the coup is likely to create opportunities for these groups to expand their control as occurred in 2012. Moreover, the weakened Malian military may require further intervention from France, who’s had troops in the region since the 2012 Operation Serval.

It is unclear if Imam Mahmoud Dicko, the face of the M5 protest movement to oust President IBK, had any connection to the coup. The coup obviously accomplished M5’s stated outcome—removal of President Kieta. Imam Dicko’s Facebook page appears to give approval to the coup leaders. “Challenge met! Mission Accomplished! But we remain vigilant, Mali will no longer be governed as in the past. So let’s always stand up for Mali,” wrote Dicko. So far, M5 and Imam Dicko have pledged to work with the CNSP.

The coup continues a cycle in Mali that undermines its already weak institutions. The strongest institution, outside the presidency, is the military. When corruption and incompetent governance goes unchecked, the military feels compelled to act in the “interest” of the country. However, the outcome is not always a better Mali. If this coup is going to make Mali a better place for the citizenry, then the CNSP or whoever takes control will have to confront several complex issues simultaneously;

All of which take time to build and implement.

Since Mali gained independence in 1960, it has experienced four coups. They share a number of similarities and lessons for this current coup.

The first, in 1968, also removed a president Kieta—Modibo Kieta. He was removed for familiar reasons—poor governance, economic conditions, and food shortages in an environment of rising public unrest. The leader of the coup, Lieutenant Moussa Traoré, also promised to hold democratic elections soon. Unfortunately, the elections never came. Instead, Traoré assumed the office of the presidency and held it until his removal in 1991—Mali’s second coup.

After decades of Traoré’s authoritarian rule, corruption, and worsening economic conditions again spurred pro-democratic protests. The subsequent government crackdown, which resulted in “ dozens killed or injured,” pushed Lieutenant Colonel Amadou Toumani Touré to lead the next coup in 1991. Touré organized elections by the following year in which Alpha Konare was elected president in the first democratic process since the 1960s. Konare would serve a second term before Touré himself was elected in 2002. Konare and Touré oversaw the few peaceful transitions in the country.

By 2012, Tuareg rebels in the north were frustrating the US-trained Malian military. Captain Amadou Sanogo blamed the president for the military’s failures and led the overthrow of President Amadou Touré, the past leader of the 1991 coup. Ironically, the group’s disorganization led to harsh sanctions from the Economic Community of West African States (ECOWAS) and the loss of most of northern Mali to the Tuaregs. Eventually, President Touré and Captain Sanogo were forced to resign in a bid to end the crippling sanctions. The country was left in the hands of a transitional government headed by Dioncounda Traoré, parliament speaker under President Touré.

The other African nations of ECOWAS have already closed the borders around Mali and stopped “all economic, commercial and financial flows and transactions between member countries and Mali.” If the current transformation is to be successful, the putschists will need to learn the lessons of the past and move quickly to reinstate democratic control.

However, Mali’s problems are multi-faceted, thus the solution will require more than just a new election. Mali needs strong democratic institutions before a strong democracy can take root. Adherence to the rule of law and an independent judiciary is needed to root out corruption. In addition, the government in Bamako has to provide basic services and security to the rest of the country or Malians will forever be fighting off jihadists advances.

Finally, the chaos in Mali risks giving an opportunity to insurgent groups not just in Mali but in the region as neighboring nations use scarce resources to stabilize the areas around Mali and maintain their own security.