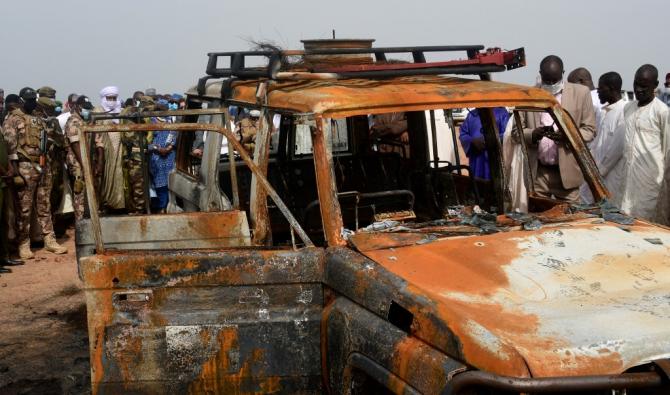 NIAMEY: The Massacre of 100 civilians  by jihadists  in Niger  Saturday  should  “remind” the fragility of the Sahel, said Wednesday  the  president of  Niger  Mahamadou Issoufou, in a statement to the United Nations, calling on the international community to “mobilize”.

” The  killing  of  more  than  100  innocent people  on  2 January at the region  of  Tillabery bordering  on  Mali is there to remind us,”  the  context “fragile (…) whose first victims are women and children” said  the  head of state, who will leave  the  power after the presidential election, which he is not a candidate and that  the  second round will be held in late February.

On Saturday, one hundred  civilians  were killed in two villages  in  western  Niger  bordering Mali in an attack,  the  heaviest toll of an attack on  civilians  attributed to jihadists, according to the NGO Acled which lists the violence in the region.

The  country has been in national mourning for  three days since Monday  , and has announced a strengthening of security in the area.

The two villages, Tchoma Bangou and Zaroumadereye, are located in the so-called “three borders” region between Mali, Burkina Faso and  Niger . It is one of the epicenters of jihadist violence  in the  Sahel.

The national armies, under-trained and under-equipped to fight armies partners sides (led by France) and  to  within a joint force created in 2017, the strength of the G5 Sahel.

But it is struggling to gain momentum,  notably for lack  of funding.

Wednesday and repeating a demand repeatedly made by the presidents  of  the region and  the  Secretary General  of  the UN Antonio Guterres, Mr Issoufou asked its investment under a mandate  from  the UN to facilitate, in particular its funding.

“We base the hope that the Council  of  security, which is the mission of ensuring global peace and security, will  the  Sahel and  the  Lake Chad Basin  in the  center  of  their agenda,” said Mr. Issoufou.

Nigeria: Students and Teachers Abducted at Gun Point From School in Kagara