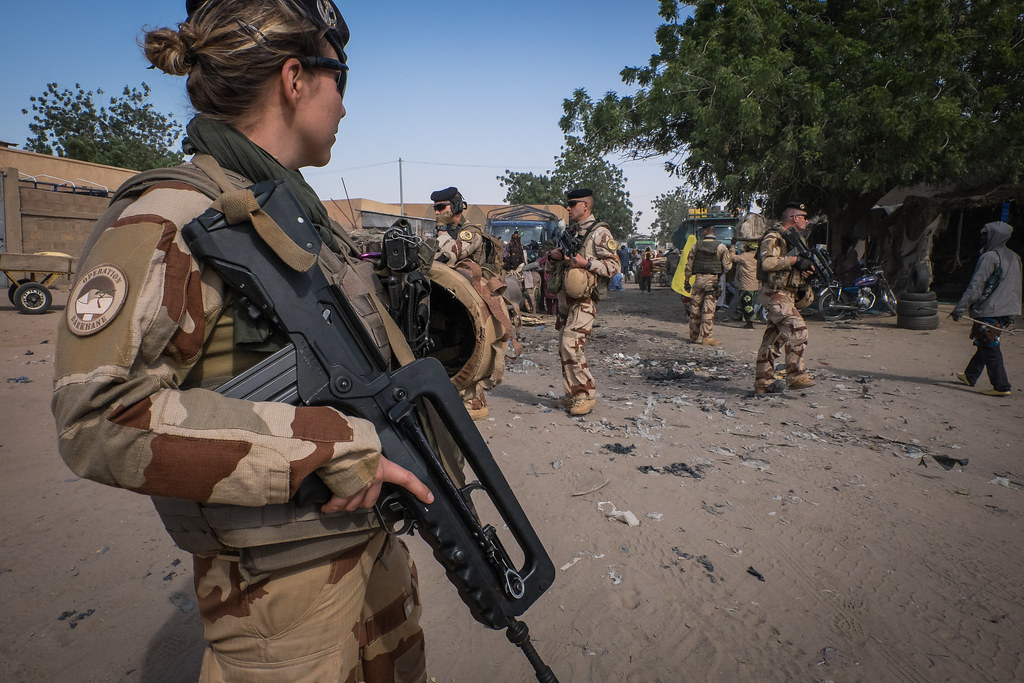 Written by: Voice of America

French forces in Mali have captured a man they describe as a “high-ranking fighter of the Islamic State in the Greater Sahara” (EIGS), the French military said Wednesday.

Dadi Ould Chouaib, also known as Abou Dardar, was arrested on June 11 in the flashpoint “tri-border” region between Niger, Mali, and Burkina Faso, the site of frequent attacks by extremist groups, the military said in a statement.  He was carrying “an automatic weapon, a night vision telescope, a combat vest, a telephone, and a radio,” but surrendered without resistance.  He was located during a helicopter sweep as part of a joint mission between troops from France’s Barkhane operation and Nigerien forces.

Niger’s army said in a statement late Wednesday that the joint operation, launched June 8, had led to a clash Tuesday with “armed terrorists” that left a Nigerien dead and “12 terrorists neutralized.”   The term “neutralized” means “killed” in West African military contexts.   Dardar was formerly a member of the al-Qaida-linked Movement for Oneness and Jihad in West Africa (MUJAO), many of whose fighters had joined FIGS.

First arrested in 2014, he was handed over to Malian authorities.   But he was one of around 200 prisoners released in October 2020 in exchange for four hostages, including French aid worker Sophie Petroni.

Dardar is suspected to have been one of the armed men who mutilated three people at a market in Tin Hama in northern Mali on May 2, cutting off their hands and feet, according to local sources.

According to the United Nations’ Mali mission, MINUSMA, the armed men were suspected of belonging to EIGS.   Dardar’s arrest will come as welcome news for France after President Emmanuel Macron promised in February to step up efforts to “decapitate” extremist groups in the Sahel region.

France, the former colonial power in all three “tri-border” countries, is pursuing a strategy of targeting the leaders of militant groups.  Its military presence in the semiarid Sahel, Operation Barkhane, recently called for the elimination of a high-ranking fighter of the al-Qaida group in the Islamic Maghreb, an adversary of EIGS in the area. Baye Ag Bakabo was responsible for the kidnapping and death of two French RFI journalists, Ghislaine Dupont and Claude Verlon, who were killed in northern Mali in 2013.

Macron recently announced that France will wind down its 5,100-strong Barkhane force, which has battled extremist groups in the Sahel for eight years.

He said earlier this month that he sees France’s future presence as being part of the so-called Takuba international task force in the Sahel, in which “hundreds” of French soldiers would form the “backbone.”  It would mean the closure of French bases and the use of special forces who would be focused on anti-terror operations and military training, he said.  But Macron’s plans have fueled fears that certain areas of the Sahel, in particular northern Mali, will pass completely into the hands of extremist groups, as local authorities appear unable to restore their grip on the region.