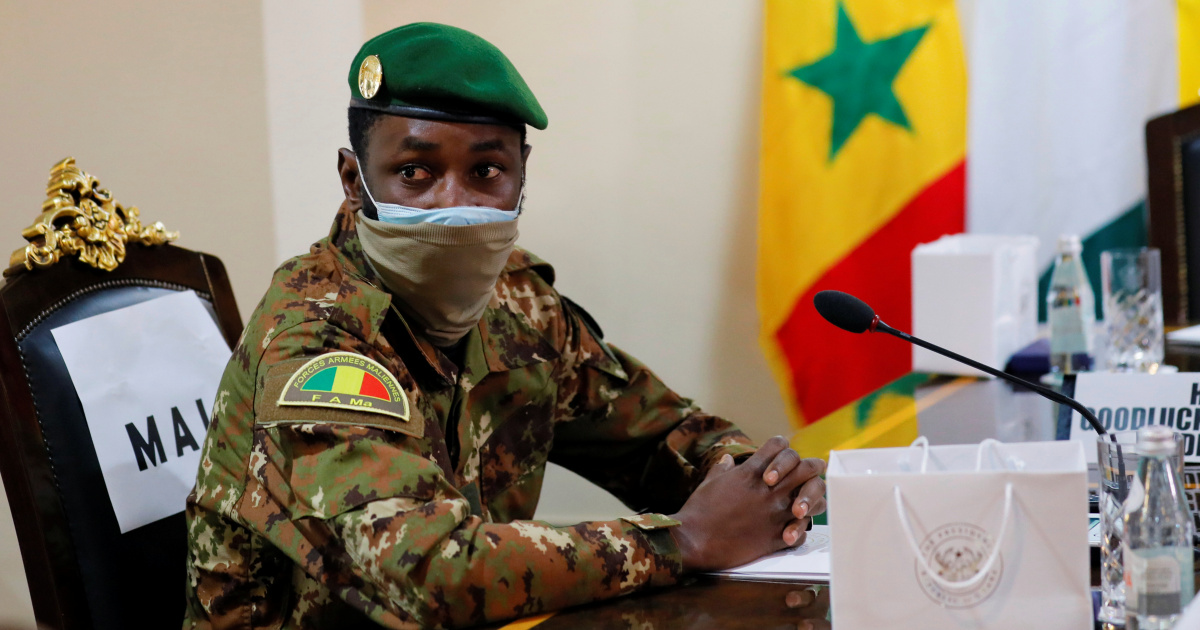 Written by: Reuters
World Bank pauses Mali payments after coup as leader warns against sanctions – Reuters-Written by: Reuters
Malians holds a photograph with an image of coup leader Colonel Assimi Goita, who overthrew the president and prime minister, and Russia’s flag during a pro-Malian Armed Forces (FAMA) demonstratio. REUTERS/ Amadou Keita The World Bank said on Friday it had temporarily paused payments to operations in Mali following a military coup, while the man expected to become the new prime minister warned sanctions would only complicate the country’s crisis. The Bank’s actions add to pressure on Mali’s military leadership after chief security ally France announced on Thursday it was suspending joint operations with Malian troops in order to press for a return to civilian rule. read more The military’s overthrow of Mali’s transitional president last week, its second coup in nine months, has drawn international condemnation and raised fears the political crisis will weaken regional efforts to fight Islamist militants. The World Bank, whose International Development Association (IDA) is currently financing projects to the tune of $1.5 billion in Mali, confirmed the suspension of payments in a statement to Reuters. “In accordance with the World Bank policy applicable to similar situations, it has temporarily paused disbursements on its operations in Mali, as it closely monitors and assesses the situation,” it said. Assimi Goita, the colonel who led both coups, was declared president last Friday after having served as vice president under Bah Ndaw, who had been leading the transition since September. Ndaw and his prime minister resigned while in military custody last week. Goita is widely expected in the coming days to name as prime minister Choguel Maiga, the leader of the M5-RFP opposition coalition that spearheaded protests against former President Ibrahim Boubacar Keita before his overthrow last August. At a rally in the capital Bamako on Friday to mark the one-year anniversary of the start of the protests against Keita, Maiga was alternately firm and conciliatory toward foreign partners. “We will respect international engagements that aren’t contrary to the fundamental interests of the Malian people,” he said before thousands of supporters in the city’s Independence Square. “Sanctions and threats will only complicate the situation,” he said. France, the former colonial power, has more than 5,000 troops waging counter-insurgency operations against Islamist militants in Mali and the wider Sahel, an arid region of West Africa just below the Sahara desert. It hopes to use its leverage to press Goita to respect the 18-month timetable agreed to at the start of the transition by organising a presidential election next February. The African Union and a West African regional bloc responded to the coup by suspending Mali’s membership but did not impose further sanctions. Our Standards: The Thomson Reuters Trust Principles. Subscribe for our daily curated newsletter to receive the latest exclusive Reuters coverage delivered to your inbox. Nigerian telecoms firms blocked access to Twitter on Saturday following a regulatory directive aimed at suspending the U.S. social media giant indefinitely, a move criticised by rights campaigners and diplomats as a gag on free speech. Armed assailants killed around 100 civilians in an overnight raid on a village in northern Burkina Faso, the government said on Saturday, as the region faces a worsening wave of jihadist violence. Reuters, the news and media division of Thomson Reuters, is the world’s largest multimedia news provider, reaching billions of people worldwide every day. Reuters provides business, financial, national and international news to professionals via desktop terminals, the world’s media organizations, industry events and directly to consumers. Build the strongest argument relying on authoritative content, attorney-editor expertise, and industry defining technology. The most comprehensive solution to manage all your complex and ever-expanding tax and compliance needs. The industry leader for online information for tax, accounting and finance professionals. Information, analytics and exclusive news on financial markets – delivered in an intuitive desktop and mobile interface. Access to real-time, reference, and non-real time data in the cloud to power your enterprise. Screen for heightened risk individual and entities globally to help uncover hidden risks in business relationships and human networks. All quotes delayed a minimum of 15 minutes. See here for a complete list of exchanges and delays. © 2021 Reuters. All rights reserved
Source: https://www.reuters.com/world/world-bank-pauses-mali-payments-after-coup-leader-warns-against-sanctions-2021-06-04/