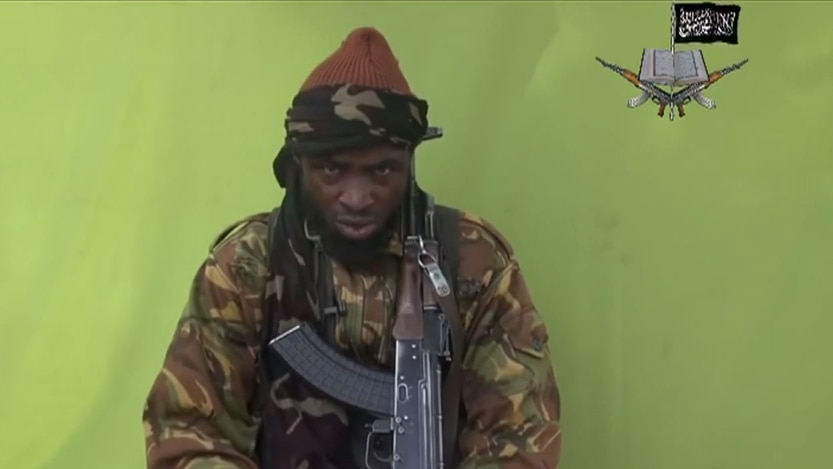 Abubakar Shekau, leader of the Boko Haram terrorist group, is said to have committed suicide to avoid capture. But his death is hardly the end of terrorism and is more likely to further destabilize the region.

Several times in the past, the Nigerian military declared the Boko Haram leader dead, only to see him reappear in videos taunting them and Nigerian President Muhammadu Buhari.

Nigerian security expert Kabir Adamu, however, is fairly sure that this time Shekau is dead. “Every sort of source that could confirm the information has verified that it is true,” he told DW.

Boko Haram’s rival, the Islamic State West Africa Province (ISWAP), claimed that Shekau detonated a suicide vest during a gunfight in Sambisa forest on May 18, to avoid being taken prisoner and made to renounce the leadership of his group.

The Nigerian military is understandably more reluctant to claim the leader as dead, preferring to wait until they have conclusive evidence-i.e DNA. But obtaining DNA evidence for a death that occurred three weeks ago is unlikely. “He is said to have blown himself up, so any remains will be difficult to get,” Adamu told DW.

Shekau’s Jama’tu Ahlis Sunna Lidda’awati wal-Jihad (JAS) faction has not confirmed his death either. But this is mainly due to its current state of disarray, which precedes Shekau’s purported death.

“In the last few months, its commanders have been arrested. Most have either accepted the leadership of ISWAP, or they’ve been killed,” said Adamu, pointing out that in the last couple of years, the number of followers in Shekau’s camp has been dwindling at a steady rate, while ISWAP has had no trouble finding recruits.

A brutal and ruthless leader Shekau, an ethnic Kanuri born in Yobe state, took over the reins of JAS, after its founder Mohammed Yusuf died in police custody in 2009. Shekau was the longest-serving leader of any Islamic jihadist group in the world.

“I think he ruled by fear. He was a ruthless leader who killed his commanders and followers if they disagreed with his agenda,” Adamu said.

The insurgent leader’s brutality extended to the civilian population. This strategy led to a split within the original group, with ISWAP slowly emerging as the more powerful militia.

ISWAP concentrates on attacking the central government’s security forces and institutions and has loudly condemned Shekau’s reign of indiscriminate terror. The jihadist became known to a wider public in 2014, following the abduction of 276 schoolgirls in the town of Chibok.

In his videos, he stated publicly that he “enjoyed killing.”

Analysts agree that while Buhari’s government may feel a sense of relief to be rid of their most notorious terrorist, Shekau’s death could end up causing more problems for the region.

A strengthened ISWAP will be better able to coordinate operations across borders to reach its stated goal of establishing a caliphate. “It is very likely that we are going to see a consolidation of ISWAP in the Sahel and the Lake Chad Basin,” placing them in a position to get more funds from the umbrella terrorist group Islamic State (IS) and attract more recruits, Adamu said. ISWAP’s popularity is growing not only because it avoids targeting civilians. The jihadists try to offer the population public services in areas where the state is largely absent. “The grievances centered around inequality, poverty, segregation, around a political structure that does not allow the population to participate in government, are real. They will go on being exploited by ISWAP for recruitment and targeting,” Adamu explained.

Fighting the root causes of terrorism In the last dozen years, President Buhari has given priority to a massive and forceful armed response to the terrorist threat, a strategy that has had only scant success. Presently, “no territory is administered by the jihadist groups,” Adamu admitted, noting that there was also a significant reduction in the number of direct engagements with the central government’s security forces. “But we haven’t seen the kind of success like stopping the weapon flow, stopping the funding-generation capability, arresting the leadership, or killing them,” the analyst said. And Shekau’s death while fighting his jihadist rivals will not help boost Nigerians’ confidence in an army perceived as weak, abusive, and corrupt. Abuja does have a counter-terrorism strategy that aims to address the root causes of the conflict. Analyst Adamu believes that this kind of approach needs to be seriously expanded. “Only then will we see some success by the Nigerian government,” he said.