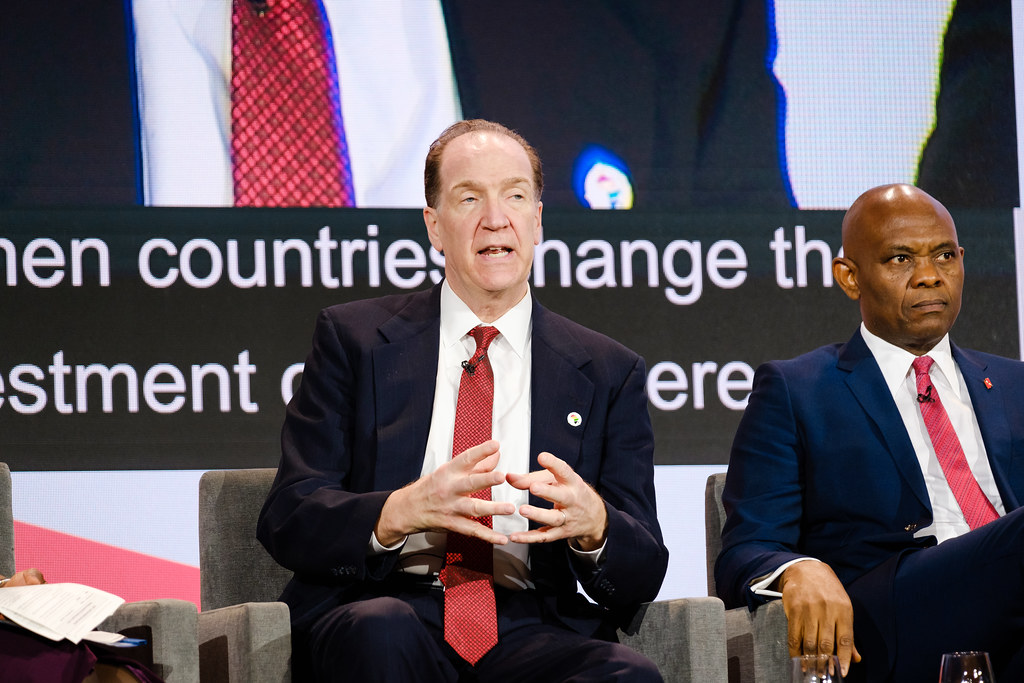 Written by: This Day

The World Bank has increased Nigeria’s Gross Domestic Product (GDP) growth projection for 2021 to 1.8 percent, higher than the 1.1 percent it had estimated for the country earlier this year.

The Washington-based institution, in its June 2021 Global Economic Prospect released yesterday, also forecast the GDP growth to hit 2.1 percent for the country in 2022, compared with the 1.8 percent it had predicted for Nigeria in the earlier report released in January.

Nigeria recorded a GDP growth rate of 0.51 percent (year-on-year) in the first quarter of 2021, (Q1 2021) compared with the 0.11 percent recorded in the fourth quarter (Q4) 2020, according to figures the National Bureau of Statistics (NBS) released last month.

But the World Bank hinged its positive prediction for Nigeria on the expectation that crude oil prices would remain high as well as the government affecting structural reforms and flexible exchange rate management. It said: “Growth in Nigeria is expected to resume at 1.8 percent in 2021 and edge up to 2.1 percent next year, assuming higher oil prices, structural oil sector reforms, and market-based flexible exchange rate management.”

The report stated that output in Sub-Saharan Africa shrank at an estimated 2.4 percent in 2020 as a result of the COVID-19 pandemic, a milder-than-expected recession. It added that growth in the region has gradually resumed this year, which it stated was a reflection of positive spillovers from strengthening global economic activity, including higher oil and metal prices, and some progress in containing COVID-19, especially in Western and Central Africa.

“The pandemic has contributed to wider budget deficits and a spike in government debt, heightening the risk of debt distress in some countries.

In tourism-reliant countries, international arrivals have been at a near-halt, and tourism is likely to remain slow until wider vaccination permits safe reopening to international travel. “Despite improvement, COVID-19 has continued to have adverse impacts on health, schooling, investment, and economic growth,” it stated.

According to the report, in some countries such as Angola and Nigeria, accommodative monetary and fiscal policies, currency depreciation, and rising food and energy prices “have stoked inflation.” “Elsewhere (Kenya, South Africa), subdued demand has kept inflation in check,” it added.

According to the report, foreign direct investments in the region have been resilient, recouping about 90% of their pre-pandemic levels, and workers’ remittances to the region have held up better than expected. “Growth is forecast to resume to 2.8 percent this year and firm to 3.3 percent in 2022, underpinned by stronger external demand, mainly from China and the United States, higher commodity prices, and containment of COVID-19.

“Procurement and logistical challenges are expected to continue to hobble the pace of vaccination despite the provision of vaccines by COVAX. Policy uncertainty and the lingering effects of the pandemic are expected to delay major investments in infrastructure and extractives and to weigh on the recovery (Central African Republic, Equatorial Guinea, Niger, Kenya).

“Per capita income levels in 2022 are expected to be 4% lower on average than in 2019. Conditions in the region’s fragile and conflict-affected countries are expected to be particularly challenging; their average output level in 2022 is forecast to be 5.3 percent below its size in 2019,” it said.

It stated that while some countries (Ghana, Nigeria, South Africa) are presently upgrading national vaccine distribution systems, procurement and logistical hurdles in many other countries could slow vaccinations. It, however, warned that an oil price drop could dent revenues for some oil exporters.

“Food insecurity remains a key risk as food prices have risen by more than 20 percent early this year in Angola, Ethiopia, and Nigeria. Flood and drought could also destroy crops, exacerbate food price inflation, and further weigh on household consumption.

“Rising conflicts could weaken recoveries. A sudden rise in sovereign borrowing costs could instigate financial pressures in some countries and high debt burdens and fiscal pressures could become more acute. “At the same time, the pace of vaccinations could surpass expectations, restoring consumer and business confidence and strengthening the recovery. A stronger-than-expected rally in metal and oil prices could boost revenues,” it stated.

The global economy was expected to expand by 5.6 percent in 2021, the fastest post-recession pace in 80 years, largely on strong rebounds from a few major economies. The projected expansion would make 2021 the fastest year of growth since 1973 when growth hit 6.6 percent.

However, many emerging markets and developing economies continue to struggle with the COVID-19 pandemic and its aftermath, the World Bank said.

According to the 189-country anti-poverty agency, the world economy, which shrank 3.5 percent last year as the COVID-19 pandemic disrupted trade, forced businesses to close and people to stay at home, will grow 5.6 percent this year, up from the 4.1 percent it forecast in January.

But the World Bank noted that despite the recovery, global output will be about 2 percent below pre-pandemic projections by the end of this year. Per capita income losses will also not be unwound by 2022 for about two-thirds of emerging market and developing economies.

Among low-income economies, where vaccination has lagged, the effects of the pandemic have reversed poverty reduction gains and aggravated insecurity and other long-standing challenges. Commenting on the report, World Bank Group President, Mr. David Malpass, said: “While there are welcome signs of global recovery, the pandemic continues to inflict poverty and inequality on people in developing countries around the world.