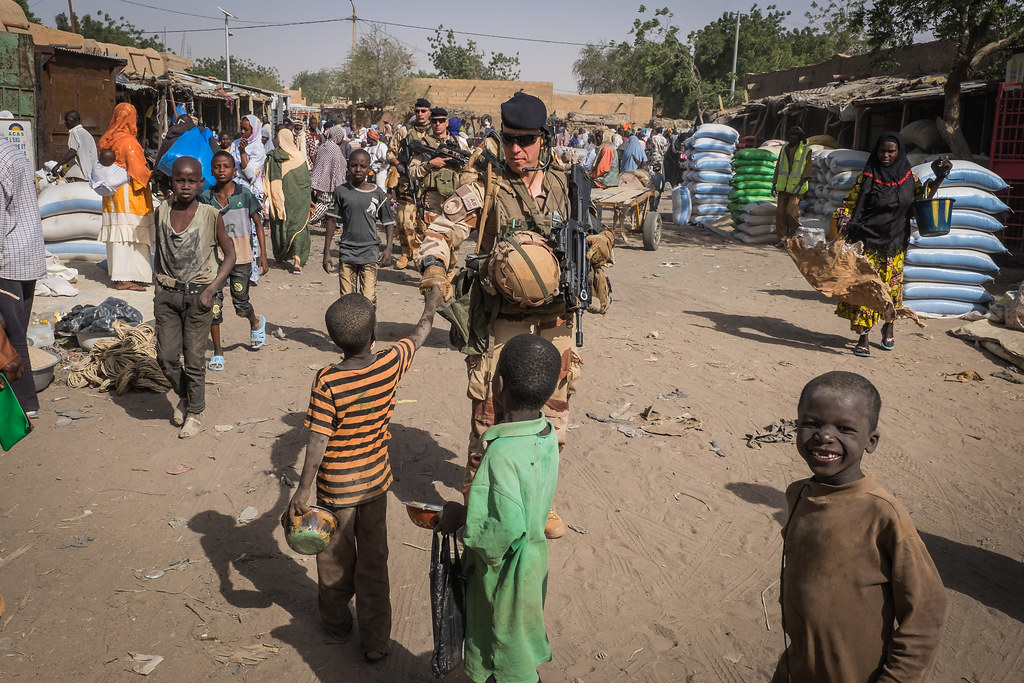 After eight years of operations in the Sahel region, politicians in France are looking for an exit strategy. President Emmanuel Macron is set to announce the withdrawal of 600 troops in February, who were only deployed last year. It’s rumored Macron wants to reduce troop levels further before his reelection next year.

As violent extremists organizations (VEOs) have been gaining ground in recent months, anti-French sentiment in the region has also been growing. To make matters worse, of the 50 casualties France suffered over the past eight years, five occurred in the past 10 days due to roadside bombs. Public support for the operation is waning as many French fear the Sahel region will be France’s Afghanistan.

The problem is there is no one to which France can simply hand over the operation. European allies have only recently committed to deeper participation via Task Force Takuba, expected to become operational this year. The US under the Trump administration threatened to withdraw from the region. Although the new Biden administration is likely to continue providing “ISR (intelligence, surveillance, and reconnaissance), air-to-air refueling and strategic lift.” It’s still unclear if the new administration will do more. The G5 Sahel Force — the regional joint force made up of military units from Burkina Faso, Chad, Mali, Mauritania, and Niger — assembled to aid in the fight against extremist militants remains unprepared four years after its inception. The force still lacks training, funding, “airpower, surveillance, and intelligence-gathering,” according to France 24.

Since 2013, France has been the driving force of security in the Sahel. Yet, despite their presence and some successes, the situation has been getting worse. VEOs have gained territory in Burkina Faso, and Niger and gained in numbers across the board. Critical Threats reports, “An al Qaeda–linked group in Mali is infiltrating governance structures, advancing an overarching Salafi-Jihadi objective.” The governments of Mali and Burkina Faso have even resorted to negotiating cease-fire and prisoner transfers with various extremist groups in the area, a previous red line for France and the UN. A troop drawdown now seems to contradict the current security environment. The Associated Press reported, Sahelians “fear the worst for the countries of the Sahel if foreign troops leave,” citing the unpreparedness of African troops to take up the charge.

A withdrawal also sends the wrong message to allies as well as adversaries. The EU allies that joined France on the task force have agreed to a 3 year mandate, it’s unlikely the problems in the region will be solved in that time (with or without improved governance). Additionally, Germany and the UK (who have troops in the region to provide support, training, recon, and security) have yet to commit any forces to the task force. A continued and strong French presence will be necessary to retain existing as well as attract new allies to the operation.

In 2012, the Tuaregs, with the help of extremist organizations Ansar Dine, Al-Qaida in the Islamic Maghreb (AQIM) and the Mouvement pour l’unicité et le jihad en Afrique de l’Ouest (MUJAO) established the independent state of Azawad in the north of Mali.

By 2013, the VEOs turned on the Tuaregs pushing them from their new found state. The extremists continued south to take the town of Konna and threatened to overtake the capital at Bamako. The Malian government then asked France to repel the extremists and restore the State’s authority.

The Malian government also asked the UN to absorb the African-led International Support Mission in Mali (AFISMA) into the MINUSMA mission. The UN provides civilian security and defense in the cities. Additionally, the European Union established two training missions in Mali, the EU Training Mission in Mali (EUTM) and later the EU Capacity Building Mission in Mali (EUCAP) to complement the French operation.

Since 2013, operation Barkhane has grown to 5100 troops, the UN MINUSMA mission, as of December 2020, numbers almost 16,000 military and police forces, the G5 Sahel forces total almost 5000 soldiers, Flintlock, a US-supported military exercise, has been training African forces in CT since 2005. Yet, despite all of these military initiatives VEOs have adapted and flourished.

While there is an overemphasis on military intervention, several countries and international organizations have subsidized the development of the region. The World Bank’s International Development Association (IDA) has invested US$ 1.5 billion dollars into the reconstruction and economic development of Mali. The EU has spent €189.4 million in the region just in 2020. France and the 23 other partners of the Sahel Alliance have provided almost €17 billion in the past three years. And the US spent a whopping $7 billion on health and development projects just in 2019. So what is the problem?

The Sahel states cannot handle enormous inflows of money. The political elites lack the incentive or will to fix the country. The Western donors have not held Sahelian governments accountable for failing to make progress. Combine that with local corruption, and a lack of coordination among Western donors, the result is that little has changed politically, economically, or socially since the Tuareg rebellion. The Center for Strategic and International Studies’ Judd Devermont explains:

Moreover, Mali’s political and business classes may have an incentive to prolong the conflict because they benefit from international financial flows into the country. … Andrew Lebovich and Susanna Wing noted that “new construction” and “massive houses” have sprouted up in the capital, presumably because elites have gained access to UN contracts and profit handsomely from selling services to foreign diplomats, development workers, and security professionals.

As the task force comes to full attendance during the year, France may be able to temporarily reduce troops (long enough to get through a presidential election). The task force has a three-year mandate. If progress is to be made in the region during that time, the international community will not only have to address the non-military aspects of counter-terrorism but also the duplication of efforts among international organizations and local stakeholder accountability.

The problems in the Sahel are a complex web of governance (services, corruption, representation), access to resources (water, land), economics (jobs, human capital, FDI), security (climate, food, and physical), and social (inter-ethnic, class) issues that will require time, resources, coordination, and most importantly local governments’ will. Even under the best circumstances, ending the influence of VEOs in the region will take a long time. France and the international community will be involved in regional security for the foreseeable future.

You can also find me on Medium and FeedSpot