Burkina Faso’s Elections to Proceed Without the People 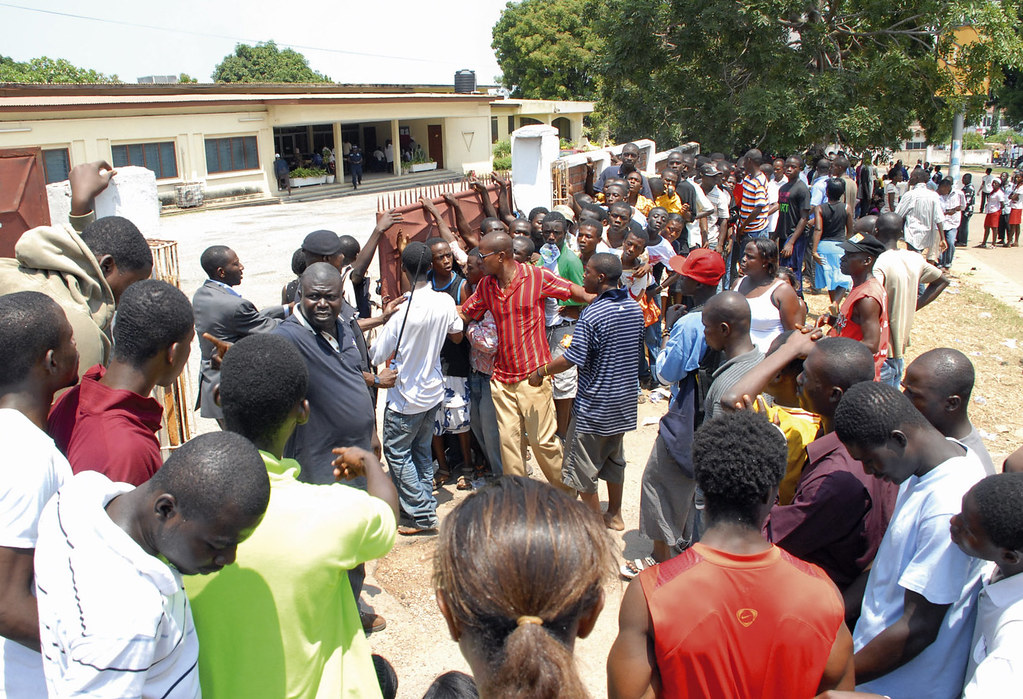 Burkina Faso’s elections are scheduled for November 22nd; however, rising violence from extremist organizations operating within the country pushed the government to change the electoral code so that in the event of “force majeure” or exceptional circumstances preventing the organization of elections in part(s) of the country, the election may continue based on the results of those polling stations that remain open. The government has so far determined that over 17% of the voting precincts are unsafe – that amounts to more than 400,000 voters. The mass disenfranchisement of mostly rural voters disproportionately benefits the incumbent president and undermines the legitimacy of the election, creates additional opportunities for non-state actors to exploit divisions within the country, and creates opportunity for opposition groups to contest the election result.

Despite the opposition parties agreement to proceed with the election, even if many are unable to vote, the new electoral code overwhelmingly benefits the incumbent. The areas deemed too dangerous to hold a vote are those most affected by violence, which is committed as much by President Kaboré’s own military and government-sanctioned self-defense groups (Koglweogo) as by extremist organizations. The new code silences the people who have the most to gain from new leadership.

The force majeure provision wasn’t the only change made to the electoral code. The National Assembly changed the electoral code in July 2018 to prohibit the use of the already widely held consular cards—an identity document issued by the embassy to citizens registered in its jurisdiction—as voter registration documents. This year Burkinabè citizens will have to switch to a passport or a national ID card. A new passport can cost as much as $US 200, or one-month’s rent in Ouagadougou, and not everyone currently has these documents. The change could keep hundreds of thousands of expats, who are regarded as critical of Kaboré, from voting. “In Côte d’Ivoire for example, out of 980,000 Burkinabè holders of the consular card, only 300,000 have a national identity card and 100,000 a passport, according to figures from the Burkinabè National Identification Office.”

Burkina Faso is not the only country in Africa where incumbent politicians are ‘engineering’ the political system to remain in power. In Côte d’Ivoire, President Ouattara argued a new constitution reset his term limits; in Guinea, President Alpha Condé offered the same exact argument for his third-term bid; and in Mali, the military overthrew President Keïta after he used the constitutional court to overturn his election loss.

To be fair, President Kaboré is only seeking a second term in office. However, these changes to the election laws fit a pattern of electioneering across the region – a pattern that a country with seven previous coups should be wary of.

Even if the election proceeds without incident, manipulating the electorate will aggravate existing ethnic divisions and drive future conflict. It places those in the generally poorer, rural areas, who are mostly Fulani and Muslim below those in the wealthier urban areas, who are mostly Mossi and non-Muslim. These ethnic groups are already in conflict over resources, and the majority Mossi accuse the much smaller minority Fulani of collaborating with the terror groups. The self-defense militias and the military have been accused of violently attacking Fulani villages they suspect of collusion.

Only five years ago the country was hailed as a model of stability in the region. Violence began in 2016, when the conflict in neighboring Mali overflowed to the northern region of Burkina Faso. A local group, Ansarul Islam, became embroiled in the crisis and continued the attacks. The group’s staying power however, is built on the social crisis between the urban south and the rural north and the government’s inability to reconcile the two. Indeed, the country’s weak security, porous borders, and poor governance has allowed Islamic State and al-Qaeda affiliates to take root as well.

To compound the issue, West Africa in is experiencing a rise in election engineering as politicians cling to power. At the same time, politicians realize ‘cheating’ in elections has become more difficult. “Rigging outcomes on election day, by stuffing ballot boxes or changing vote tallies, has become more difficult in recent years,” Mathias Hounkpe of the Open Society Initiative West Africa explained during an online debate. As a result, politicians are increasingly using election law changes, constitutional changes, repressive laws, arrests and violence, as tactics to remain in power.

President Kaboré is only in his first term in office and is well within his rights to seek a second. But the question of what he’s willing to do to win a second term needs assessment. According to the authors of The Logic of Political Survival, “the desire to [remain in office] motivates the selection of policies and the allocation of benefits; it shapes the selection of political institutions and the objectives of foreign policy; it influences the very evolution of political life.” When viewed through this lens of survival, these small changes to the electoral code take on greater significance. In fact, it was changes to the electoral code that played a role in the 2014 coup of Blaise Compaoré.

The African Charter on Human and Peoples’ Rights guarantees the right of access to information under Article 9 and is further detailed in the revised Declaration of Principles on Freedom of Expression and Access to Information in Africa. Burkina Faso adopted the charter when it passed the Right to Access Information Law in 2015. However, the country has yet to implement the law into practice. Open and accessible information holds leaders accountable and builds trust within the community, which are also key elements to stop violent extremism and prevent further democratic backsliding.