What We Missed in 2020: The FinCEN Files Didn’t Make a Ripple in a Pond Roiling with News 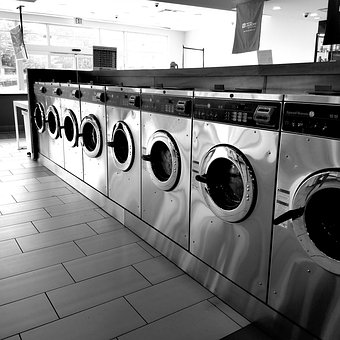 Every year some news stories for whatever reason don’t get the attention they deserve when they are published. Money laundering at the best of times doesn’t make front-page news. This past year was especially difficult as headlines were constantly competing with the latest tweets from President Trump or the latest news on the coronavirus pandemic. Here is one story that didn’t stand up to the storm of news items in September.

A subset of files that may have been part of the Mueller investigation was leaked from the US Treasury’s Financial Crimes Enforcement Network (the FinCEN files) to Buzz Feed News and the International Consortium of Investigative Journalists (ICIJ) in the last week of September 2020. The documents, called “suspicious activity reports” (SARs) outlined hundreds of thousands of transactions across 170 countries between 1999 and 2017 that totaled over US$2 trillion. Buzz Feed reported that the files represented only a fraction of the more than 12-million SARs that financial institutions filed with FinCEN during that same period.

SARs are just that, reports detailing any out of the ordinary activity that signals the account holder may be trying to hide something or break the law. They are filled out by the institutions that witness the activity in their own accounts and then sent to the US Treasury. Yet, neither the institutions nor the US government always investigate or stop these activities which facilitate money laundering, schemes to evade sanctions, and terrorism. Indeed, in their report, Buzz Feed said, “most SARs are not investigated or even read. …So long as a bank files a notice that it may be facilitating criminal activity, it all but immunizes itself and its executives from criminal prosecution.”

Why Does It Matter

The IMF determined the world as a whole would gain US$3T annually with only a small improvement in the control of corruption1. But the gains would go beyond the estimated savings as the economy improved.

Corruption, and money laundering in particular, distorts economies and undermines government policy. For example, when money launderers continually pay above the market rate for properties for reasons outside of market forces, it distorts the real-estate market. Furthermore, in the case of government officials, money launderers gain leverage over their counterparts for facilitating the crime. Officials then are beholden to policies that benefit the criminals instead of the country. And in the case of financial institutions, these illicit cash flows in and out without regard for market forces not only create volatility and liquidity problems but also undermine the reputation of the organization.

In the first 15 years of the 21st century, the UN estimates Africa lost $830B to corruption. According to the African Union, the continent continues to lose US$140B every year because of it. The ICIJ reported, “…suspicious money transfers [were] tied to arms companies, the ivory, gold and diamond trades, and business moguls under investigation for corruption.” Andrew Wilson, Executive Director at the Center for International Private Enterprise estimates that’s enough money to continuously provide electricity to every African citizen for three years.

According to Oliver Bullough, author of Moneyland, “What has made [financial crimes] so widespread for very rich and powerful people, particularly from places like Russia or Nigeria, to steal so much money is that it has just become so easy.” Bullough compares it to the advent of the self-checkout aisle at the grocery store. “The global financial system, the international financial system, these offshore centers of finance essentially provide an open door from their countries to the world, which means that they can just walk out of their countries with as much money as they like, stash that money offshore, then spend it without anyone realizing that it’s them.” As the US pressured countries like Switzerland to reform their opaque financial rules, “it [never] seriously addressed its own role in attracting illicit financial flows and supporting tax evasion,” wrote the Tax Justice Network in their 2020 Financial Secrecy Index. The financial system went global and criminals adapted but US regulations didn’t keep up.

Sensationalism, disinformation, and systematic doubt (the organized and purposeful undermining of legitimate sources of information) have taken their toll on the fourth estate. News reports have become less impactful to say the least. Headlines that should have sparked public outrage, investigations, and consequences instead result in a collective shoulder shrug. Buzz Feed ran the following headline when publishing the FinCen files, “Secret Documents Show How Criminals Use Big-Name Banks To Finance Terror And Death, And The Government Doesn’t Stop It.” But the FinCen files didn’t even make the top 25 Google news trends during the week it was published. It was barely a blip in the wake of the death of Ruth Bader Ginsberg, the nomination of Amy Coney Barrett, and a verdict in the Breonna Taylor killing-all of which stood in the news shadow of COVID and Trump (Fig. 1).

From a manpower perspective, there aren’t enough financial intelligence personnel to review the millions of SARs filed every year. Ray Blake and Graham Barrow of the Dark Money podcast put it this way, “In the UK, over 2000 SARS are filed each day but there are only on average about 100 staff to review them. That means each analyst has about 20 minutes to review each SAR.” But the two caution this obscures the true value of SARs as an intelligence resource for future investigations.

Experts, like Blake and Barrow credit the leak for “hastening” positive changes to financial reporting regulations. The pair suspect changes announced by the US and UK authorities days before the files’ publication in September were a response to the “imminent publication” of the files. However, it wasn’t until Tuesday (12-29), that the US finally passed the National Defense Authorization Act, against President Trump’s veto. This is the legislation into which Congress bundled the Corporate Transparency Act which addresses stricter money laundering regulations and consequences for financial institutions. The act compels reporting companies to identify their beneficial owners, thereby removing anonymity for shell companies. “Violations carry civil penalties of up to $500 per day that the violation continues and criminal fines up to $10,000 and/or imprisonment for up to two years,” according to the National Law Review. While the new law allows some exemptions, it represents a first step towards bringing the US on par with other countries that have already enacted similar measures.

CBS did a short video of under-reported stories

The NY Post listed the major events of 2020, here.

1The empirical association between corruption and revenues is confirmed by cross-country econometric analysis, controlling for the level of economic development (Figure 2.5) and other factors. An improvement in the Control of Corruption Index by one-third of a standard deviation is associated with an increase of 1.2 percentage points in government revenues as a share of GDP. If that improvement is applied to all countries, the implied increase in total tax revenues could be $1 trillion, or 1¼ percent of global GDP (IMF Fiscal Monitor, April 2019 p. 44). I inferred 1 s.d. in improved control would mean $3T.

Burkinafaso: A Soldier And Eleven Terrorists Killed In The North