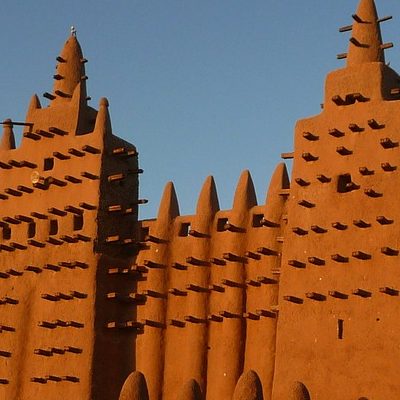 The president of Mali, Ibrahim Boubacar Keita (IBK), is under pressure from the opposition coalition June 5 Movement (M5-RFP) to step down from office after only 2 years into his second 5-year term. The group contends election discrepancies, worsening economic and security conditions underscore IBK’s incompetence and unfitness for office. The Economic Community of West African States (ECOWAS) does not support Keita’s removal but has been pressuring IBK to form a unity government and remove 31 members of parliament whose elections were contested. The other members of the G5 of the Sahel (Burkina Faso, Chad, Mauritania, and Niger) also do not support IBK’s removal as it would set a dangerous precedent in their own countries.

IBK has so far made superficial concessions; he dissolved the constitutional court, which was responsible for the election discrepancies; appointed a six-member special cabinet tasked with solving the crisis; and sought a unity government with the opposition. However, the opposition coalition has, so far, rejected three attempts for unity, claiming only the removal of IBK will satisfy them. Recently, however, Imam Mahmoud Dicko, a galvanizing force in the opposition, has softened the tone saying a solution could be found while the president remains in office.

Protests are set to resume on Monday, August 3 after the Tabaski holiday.

As the US withdraws from Iraq and Afghanistan, foreign fighters recruited to resist the US seek a new base for operations. The Sahel region is increasingly the area of choice.

The conflict in Mali has already spilled over to neighboring countries—right now Burkina Faso is taking the brunt. As the conflict spreads across the Sahel, displaced people will head across the Mediterranean into Europe. For 2019, the Internal Displacement Monitoring Centre recorded over 280,000 new displacements in Mali alone.

Mali is Africa’s 3rd and the world’s 10th largest gold producer. Mali also has rich deposits of bauxite, manganese, iron, uranium, and oil. The conflict jeopardizes the extraction of those commodities of which over 2 million people depend on those sectors for jobs. Oil and gas exploration has declined since 2012.

Consequently, unemployment from the affected sectors add to the failing economic conditions and provide potential recruits for the militant terrorist organizations.

The continued violence in the region threatens to destabilize Mali and its neighbors.

The fall of Qaddafi in 2011 has had a profound and lasting effect on the region. Tuareg militias employed by Qaddafi were suddenly without a job and unwelcome in their adopted homeland. They looted weapon caches and headed to Mali where they joined other Tuaregs in an ongoing campaign for a secular independent state under the banner of the National Movement for the Liberation of Azawad (MNLA).

By March of 2012, the American trained Malian army was in full retreat and blamed President Amadou Toumani Touré for not properly equipping them. Captain Amadou Sanoga led the coup to overthrow the president with only one month until elections. The chaos of the coup allowed the MNLA to take over the three largest northern cities—Kidal, Gao and Timbuktu—in three consecutive days. After taking a fourth city, Douentza, the MNLA declared northern Mali the independent state of Azawad.

The more conservative Tuareg majority groups, like Ansar Dine who initially partnered the MNLA, moved to impose strict Sharia law in the new state. The move led to infighting among the Tuaregs and the eventual ouster of the MNLA by the Islamists. It wasn’t long before the Al Qaeda affiliates (Ansar Al-Dine, and Movement for Oneness and Jihad in West Africa MUJAO) set up terrorist training camps in northern Mali in conjunction with Al Qaeda in the Islamic Maghreb. The powerless government in Bamako and the other countries of the Sahel appealed to the UN for help.

The UN unanimously approved resolution 2085 on December 20, 2012, to send thousands of troops into Mali on the conditions the Malian army receives intensive training, political stability is restored, and an election framework is installed. Despite the caveats, the Malian army was sent back into the field without adequate training. In January of 2013, Islamists forces overran the town of Konna, only 600 km from Bamako, then advanced further to Mopti. France was obliged to intervene and launched Operation Serval—a series of airstrikes that pushed the insurgents out of Konna. Not coincidentally, shortly after France intervened, the MNLA made a peace deal with the Malian government to allow elections to take place and rejoin the fight against the terrorist groups.

Today, France is still fighting in Mali under Operation Barkhane. Europe supports the effort but not with boots on the ground. The US is assessing a troop reduction and threatens to withdraw funding over alleged war crimes. The peace with the MNLA fell apart. Several jihadist groups are now operating in the north and central regions as an Al-Qaeda affiliated coalition—The Group for the Support of Islam and Muslims (Jama’at Nusrat al-Islam wa al-Muslimeen, or JNIM). Worse, the conflict has spilled into neighboring Burkina Faso. Additionally, the insurgency in Mali is increasingly fueled as groups shift away from Afghanistan, Iraq, and Syria for the Sahel region. The situation is further mired by the failure of the Malian government to provide security, fight corruption, and strengthen democratic institutions (e.g. the judiciary); the lack of commitment from Europe and the US promotes a permanent Salafi-jihadi insurgency as well as opportunities for Russia and/or China to gain influence with struggling West African governments.

It is probable that IBK with the support of the G4, ECOWAS, and the UN will reach an agreement with the M5 coalition. However, in the past, the anti-terrorist special forces (FORSAT) were used to suppress M5 protests. If IBK resorts to violence when protests resume on Aug 3, it will likely prevent an agreement with the M5 and boost jihadists’ recruitment efforts. A three-way civil war is possible in this scenario. In either case, IBK and M5, either together or separately, will have to contend with the terrorists overrunning the north and central regions as well as Mali’s decimated governance and infrastructure.