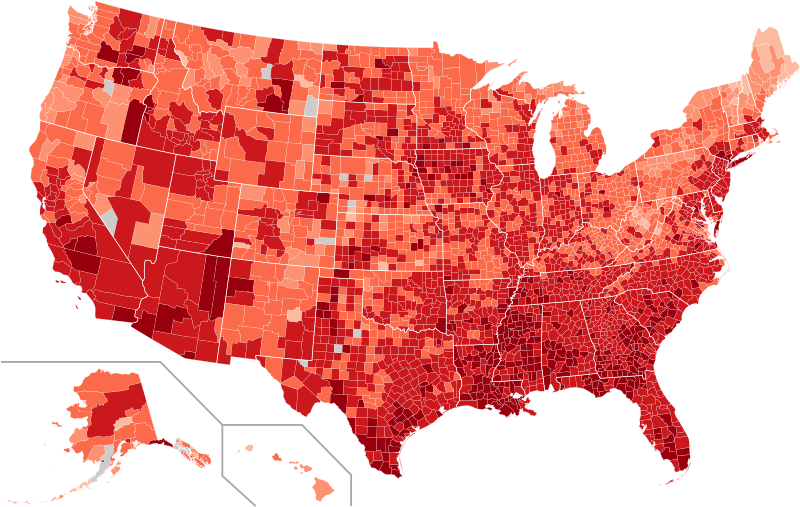 What happened (Since the last update)

The anticipated spike in cases happened July 29th, just about 3 weeks after the fourth of July holiday weekend and the start of the phase-three reopening. In hindsight, it was probably a bad idea not to stagger the third phase of the reopening further away from the long holiday weekend. Daily case counts rose above 400 for five consecutive days and the 21-day moving average of new cases almost doubled (Table 1). As a result, Governor Baker reduced the number of people allowed at outdoor gatherings from 100 to 50, required people to maintain six-feet of distance even when outside, and required masks at any gathering with 10 or more people from more than one household. The Governor specified these regulations apply at all public spaces and private residences—even if it is in your own backyard. Also, a number of towns began implementing tougher outdoor mask requirements.

The state issued an advisory back in April but it was not mandatory until May 6 and even then it was still up to the local officials to enforce it. As colleges try to reopen for the new school season, towns are getting tougher on outdoor mask requirements. Amherst Massachusetts, home to the University of Massachusetts’ flagship campus, Hampshire, and Amherst colleges, started an outdoor mask requirement for its busy downtown area (as of August 3).

Massachusetts (121,396 total/ 8,937 Deaths)1 has yet to consistently reduce new case counts to less than hundreds per day (Table 2). The daily new-case counts have been averaging around 300 over a moving three-week time period, almost double the three-week moving average during the state’s lowest time period (centered on July 12, see gray bars in Table 1). A steady stream of cases that high builds a viral reservoir of active cases (Table 3) and constantly puts the state at risk of an outbreak.

As the virus persists, public health authorities are realizing more needs to be done to stop it and that difficulty lends more credibility to the idea that the virus spreads primarily through airborne transmission.

This is also the end of another long holiday weekend. It probably won’t cause a spike the way the July 4th holiday and the phase-three reopening conspired to raise cases, but it won’t appear for two or three weeks. The end of Labor day is also the unofficial start of fall and for many, that was the deadline for getting the virus under control before schools reopened. While Massachusetts has done a better job than most states, the fact that some states are managing COVID-19 while others aren’t creates another level (in addition to political, cultural, and gender) of division in the country. Furthermore, the return of colder weather will keep more people inside, raising the risk of transmission, isolation, and depression. Lastly, the fall means the return of the seasonal flu which has the potential to confound COVID-19 detection and prevention.

As a country, the US (6.4M total/192,000 deaths) has failed. The US performed the worst in the world when it came to fighting the SARS-CoV-2 virus. “Although the United States represents only 4% of the world’s population, it accounts for a quarter of all COVID-19 cases and 22% of all deaths, wrote Michael Ollove for USA Today.”

Foreign Policy Analytics rated 36 countries’ responses to the pandemic. The US came in 31st only ahead of Indonesia, Turkey, Mexico, Iran and China. The US is at the bottom with countries that have a fraction (except China) of its resources. Yet, it wasn’t about economics. Much smaller countries, like New Zealand—rated number one—practically eradicated the virus after suffering only 24 deaths and a total of 1,776 cases, a rate of 37 per 100,000. New Zealand currently has only 118 active cases. Senegal (one of those “sh#@hole countries”), rated second, did better than the US with less than 300 deaths and a total of 14,014 cases, a rate of 84 per 100,000. By comparison, the US has over six-million cases, that’s an approximate rate of 1,900 cases per 100,000. This is a ‘stain’ on the US’ reputation that will never be removed but may only get ‘lighter’ if the US can actively get the disease under control.

Despite a strong initial reaction, Massachusetts’ (122,202 cases/8,971 deaths) new caseload never went below the hundreds (at least not for long) before the state started reopening (Table 2). The consequence of that is an approximate active caseload of almost 5,0002 and trending upwards (Table 3). Ever since the state moved to phase three of the reopening, virus transmission has only increased (Table 1). But it wasn’t the duration of the lockdown that kept Massachusetts from beating COVID, other countries (like Japan 74,558 cases/1,412 deaths and South Korea 21,919 cases/350 deaths) were successful without strict lockdowns. However, countries that didn’t use strict lockdowns implemented aggressive testing and contact tracing. The state (and the nation) never did any of the options aggressively enough to eradicate the virus. For example, Massachusetts started laying off contact tracers in June even though cases had only begun to decrease before flattening and going back up. Additionally, the federal government failed to build a culture where face coverings were essential or stress the importance of the public’s role in stopping the disease. These negative attitudes permeated the country and worked against states’ public health campaigns to counter it. Moreover, many politicians feared lockdowns were damaging the economy and sought to remove them before fully stopping the virus. This failed to acknowledge the profound effect fear had on the economy before lockdowns were even put in place. According to Yale economists Steven Berry and Zack Cooper in Politico, “it is vital that elected officials realize that stay-at-home orders, social distancing, masks, and school closures are not the primary cause of our economic dislocation. Americans decreased their economic activity before those orders went into effect and will restrict their activity as long as the threat of catching Covid-19 persists.”

Massachusetts has some mixed results. The effective reproductive rate, that is the average number of people infected by one infectious person (Rt), for Massachusetts was the fifth-lowest in the country, as of September 2nd, at 0.91—anything under 1 means the virus is receding, above 1 and it is spreading. By September 10, the Rt was revised upwards to 1.05 for the previous two weeks (Table 4). However, the bulk of those new cases are occurring in 13 high-risk cities and towns in the state (Table 6)—that makes targeting the virus easier.

The seven-day positive test rate, that is the number of positive tests for the virus given the total number of tests, was the lowest its been since reporting started (Table 5). According to the Arizona Republic, “A low percentage of positive tests means testing is widespread, hitting those with and without symptoms, or that the virus is losing its spread in a community.” The World Health Organization uses a figure of less than 5% positive for at least two weeks as one measure that the virus is under control.

Despite the good news, the combination of moving into the fall, the past holiday weekend, restarting the school season, and the return of the seasonal flu, along with a high Rt could mean even more cases for Massachusetts in the coming weeks. In the last two days (9/10 and 9/11), Massachusetts logged 806 new cases and 34 more deaths.

The state and the nation need to look beyond the current pandemic. It’s not clear that they’re prepared for the next one. In Massachusetts, combating SARS-CoV-2 highlighted problems in the public health structure. The state doesn’t have a county-level public health service (its only state level and town level). This results in each town having drastically different budgets—some towns don’t have any full-time staff. The MetroWest Daily News wrote, “though some money has come to municipal health departments specifically to bolster their COVID response, local departments do not receive annual funding directly from the state.” Yet, in addition to COVID-19, they have to manage flu, mosquito-borne illness, tick-borne illness, and other health issues simultaneously.

At the national level, COVID-19 highlighted the importance of consistent federal guidance for a uniform response. This was a predicted and planned for event but, it was mismanaged from the start. The effect of which has played out across the states as some managed to contain the virus while others continue to struggle. In contrast, Vietnam (1,060 total cases, 35 total deaths) used a low-cost communication and education strategy to combat misinformation and effectively contain the virus. The case of Vietnam also highlights the importance of the public’s role in stopping the outbreak. People must be willing to “provide an honest and detailed account of their travel and interactions,” writes Hong Kong Nguyen of the A.I. for Social Data Lab in Hanoi. If the state and the country are to succeed in stopping COVID-19, it will take a coordinated and financially supported effort between the federal and state levels as well as the public’s willingness and trust. In the current political climate, that’s not a quick fix.

1 In this update, I’ve added the total case counts and deaths the first time a place is mentioned to highlight the enormous divide between the US and other countries in fighting the virus.